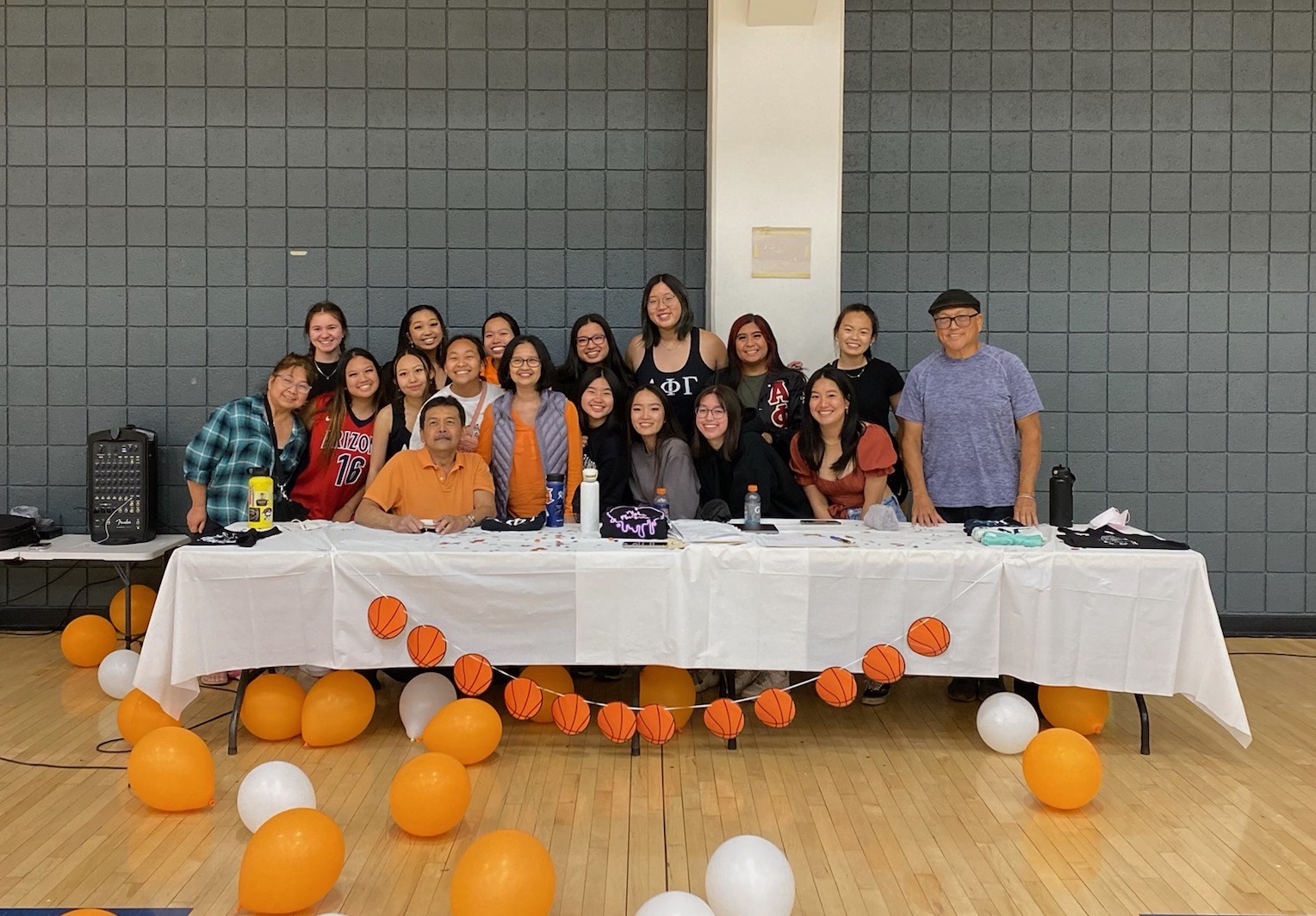 Let the madness begin, game on!! This past April, Delta Chapter hosted the 12th Annual Aileen Primero Basketball Tournament! Since the pandemic, our Chapter hasn’t been able to host this extraordinary event; thus, we were ecstatic to bring it back for the first time since 2019!

The tournament started in the morning at the University of Arizona Campus Recreation Center with a total of nine teams! We had Active Sisters, fraternity members, and club members on different teams participating in our event. While competing, all the teams showed dedication and teamwork. Each game was individually unique with some being lively and exhilarating keeping you on the edge of your seat while other matches were unpredictable, filled with twists and turns. The final championship match itself was astonishing. There was no lack of support from the many people on the sidelines either, cheering each and every team on!

It was an enjoyable and successful event where we were able to raise over $2,000 for the Aileen Primero Scholarship. This scholarship was created in honor of the late Aileen Primero who tragically passed away in a car accident back in 2007. The funds from the scholarship are awarded to someone who exemplifies the many amazing characteristics of Aileen.

Delta Chapter would like to say thank you to those who participated in our 12th annual Aileen Primero Basketball Tournament. We would like to express our sincere gratitude and appreciation to the Primero’s for attending this Delta Chapter tradition. They had a meaningful impact on the tournament’s experience. It was a privilege to not only learn about Aileen from her parents, but also see the legacy and impact that she has left behind as a respected and beloved sister of Alpha Phi Gamma. We would like to give a special shoutout to our president, Sarah Htoon, who planned and organized this incredible event with the help of our Chapter’s Active House. We can’t wait for next year to continue making this tournament a slam dunk!