The month of October is Domestic Violence Awareness Month. This month, Beta Chapter showed their solidarity with survivors by starting the conversation on domestic violence for those who do not have a voice.

On day three, Allison “T.HANA” Simon, spoke to our audience about the effects of domestic violence and sexual assault. This segment was made to help our viewers understand how a survivor’s behavior may change as well as a reassurance for those who have experienced such events.

Our sisters Midori “ZEAL” Sakagawa and Zoe “re-VIVE” Bragas spoke about the significance of Purple Thursday on the last day of our mini series. This year Purple Thursday was on October 22 and signifies a day for people to wear purple in honor of Domestic Violence Awareness Day. Furthermore, our sisters also informed others on how to stay safe and protect others on campus, in social settings and at home.  We acknowledge that quarantine may not provide a safe space for all and we want to continue to be the voice for others and let them know they are not alone during these difficult times. 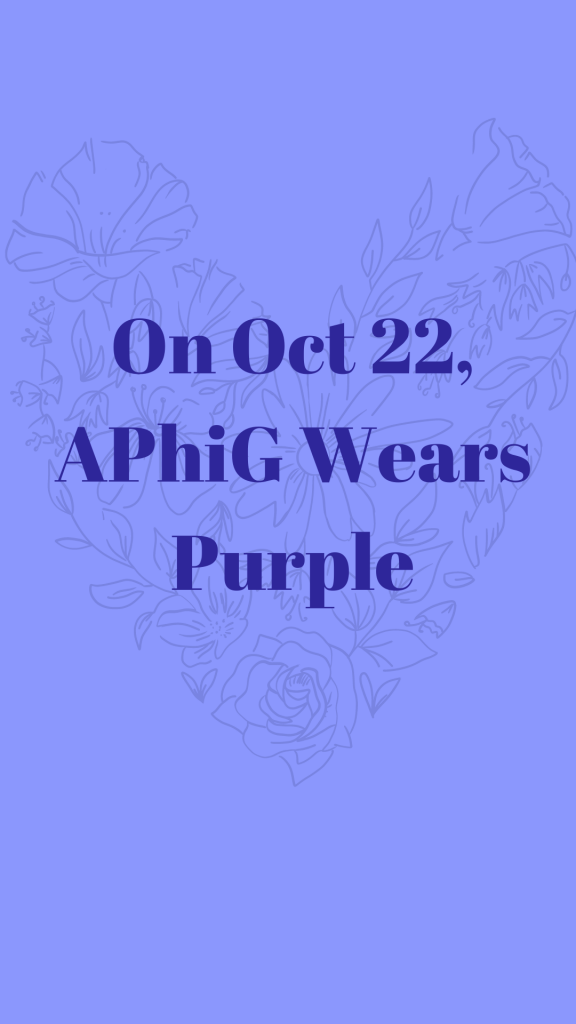 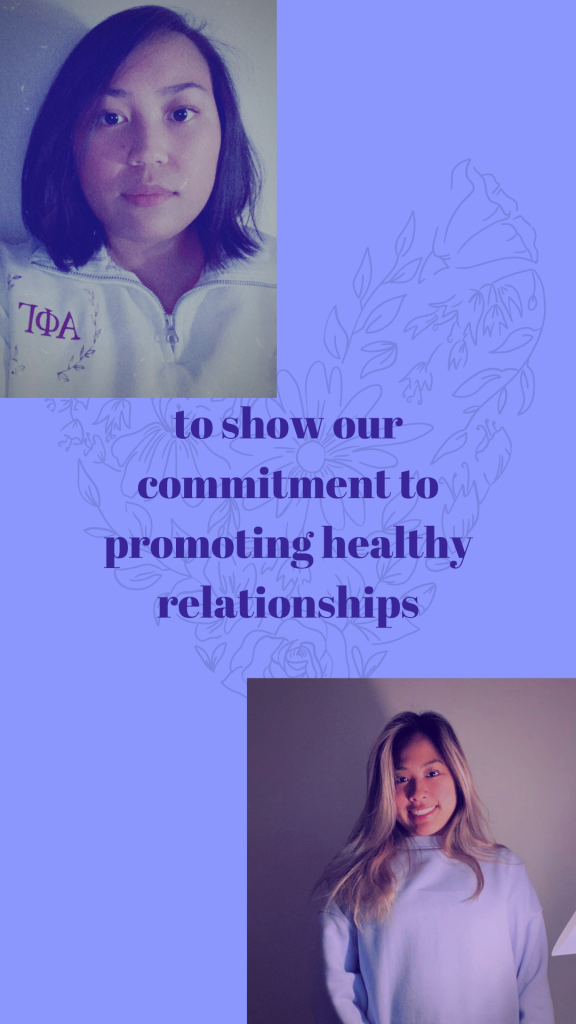 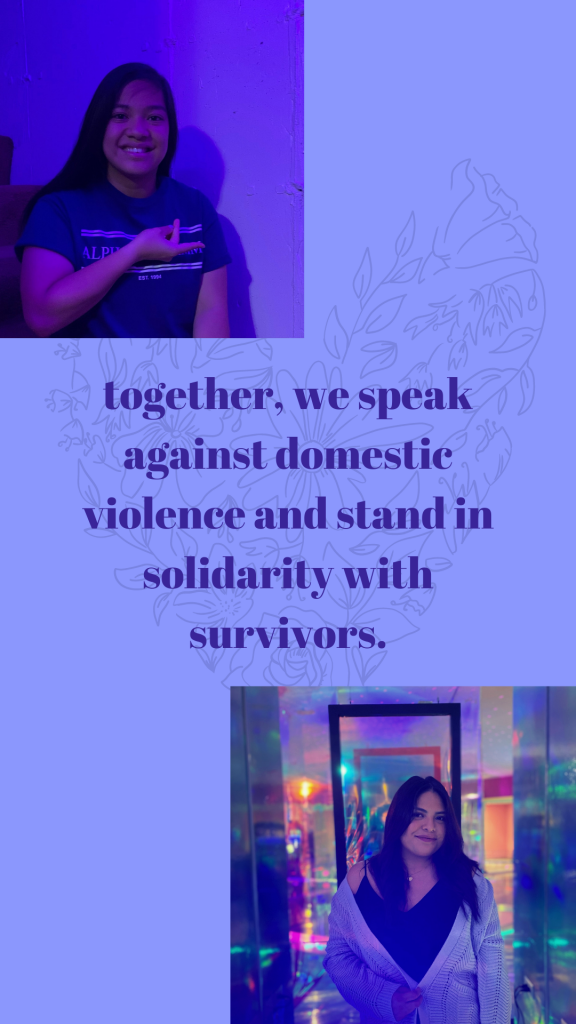 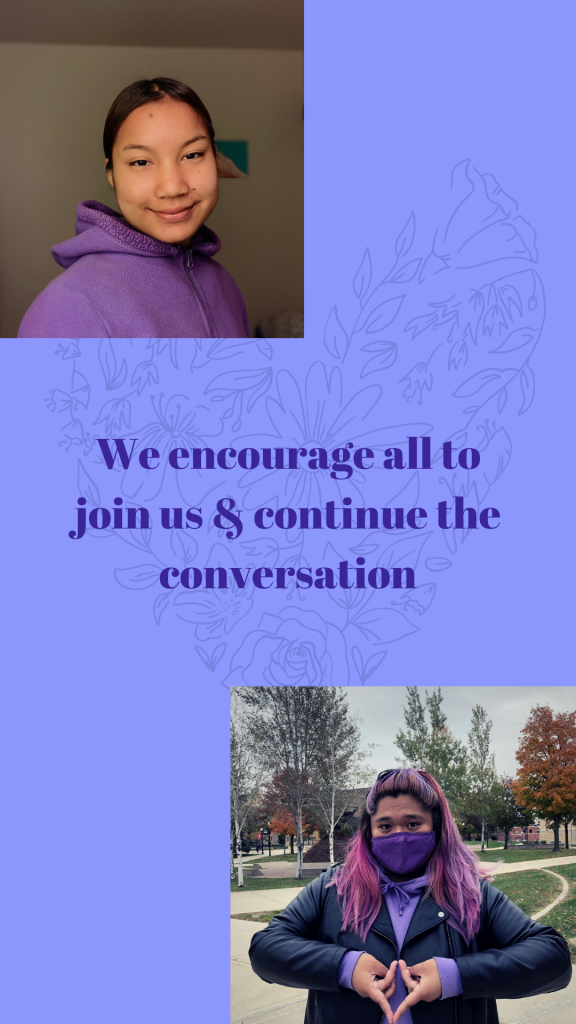