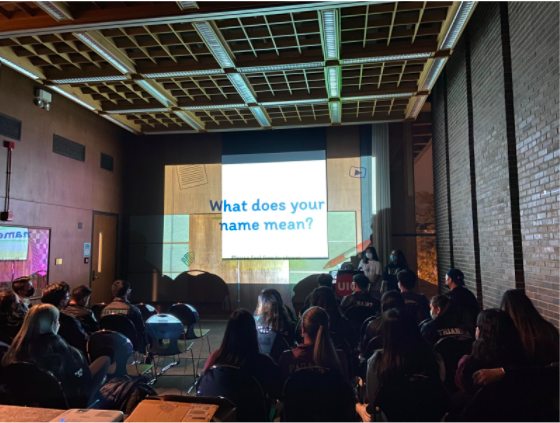 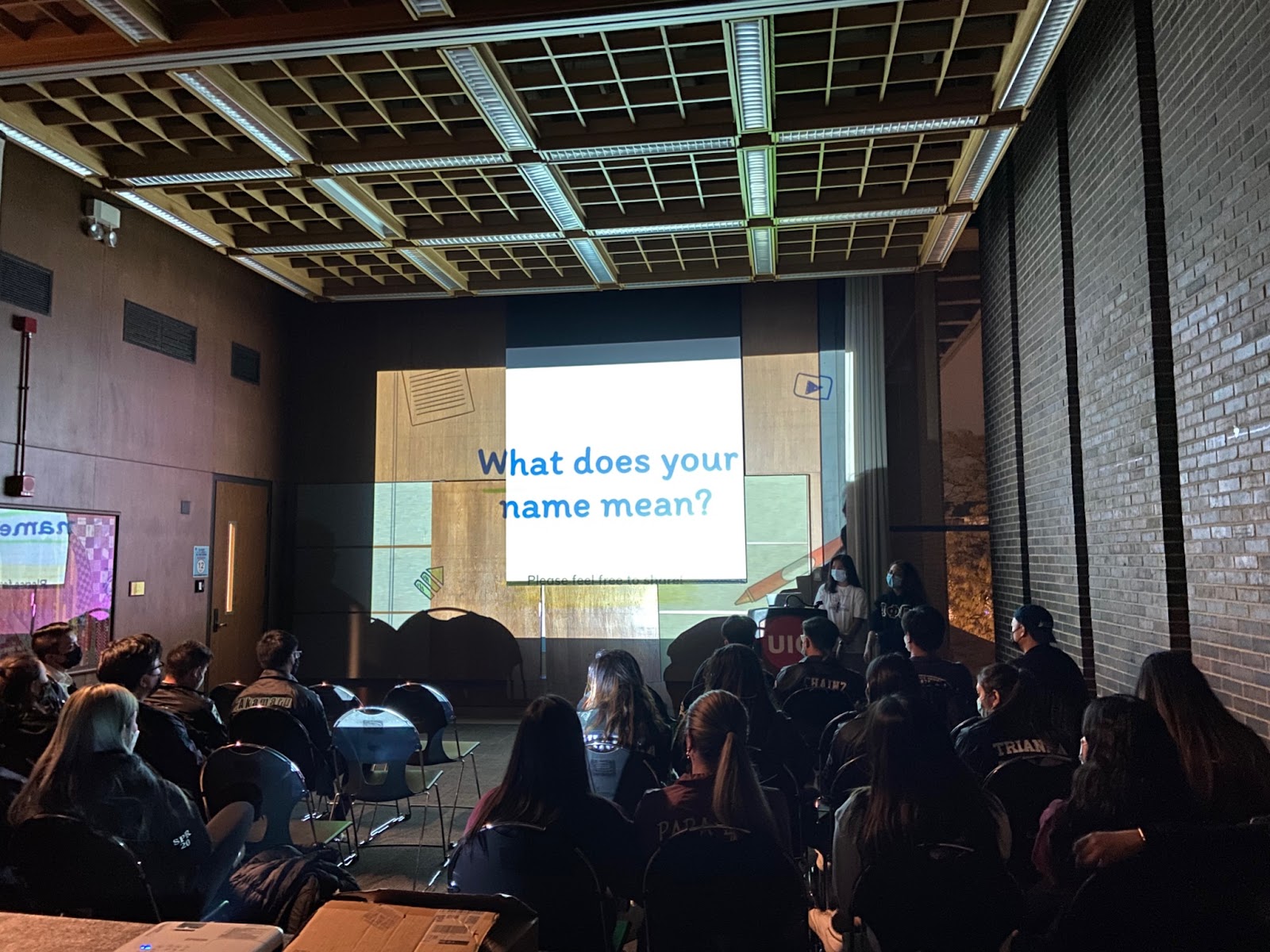 Lambda Chapter hosted a cultural event, What’s in a Name?, to explore and identify significant meanings behind our Asian-American names. In general, a name can hold a lot of meaning. This is part of your identity and how you are known to the world. We wanted to focus on Asian-American names because our community has a large arsenal of cultural identities. Through a PowerPoint presentation, Sisters educated our council, Greeks of the Pan-Asian American Council, on naming practices and meanings of South and East Asian cultures. One lesson we learned was the naming practices of Japan where names are given by the last name followed by the first name. Throughout the presentation, there were discussion-based questions that allowed the community to speak on the history of their names such as the anglicization of their name upon being born or entering the USA. The anglicization of names refers to changing a non-English name to an English-sounding name. We had learned that this was done to allow Asian-Americans to better fit in America due to xenophobic encounters, especially in the workforce. The impacts of anglicization found were dissociation from one’s culture as well as identity. Sisters from Lambda Chapter also discovered that some well-known celebrities changed their names to better fit into their careers and platforms. For example, actors such as Jackie Chan (known as Chan Kong-sang) and Mindy Kaling (known as Vera Mindy Chokalingam) changed their names because interviewers made fun of their names or could not pronounce it. Lastly, the presentation ended with a story of a woman named Tshab Her who experienced anglicization of her name. Her family and close friends refer to her as Tshab, which is a Hmong name meaning “new” but in white spaces, she was referred to as “Jennifer”. She felt like she led two lives and did not know how to identify herself. Her story echoed through our community since it was something we could relate to in terms of feeling isolated and living different lives. This emphasizes once again how important our names are to us and how they can affect us. Our identity includes all parts of us, especially our names.